The Election Is Over. What’s Next For Therapy?

With the election past us, budgets being completed and the impending “fresh start” of a new year, it seems like a good time to take stock and figure out “where we are.” With all the rhetoric about Obamacare, fiscal cliffs and the drum beat of impending doom, amazingly enough, people are still getting sick and injured and requiring healthcare services. Additionally, while there is always some tweaking within the annual updates, how therapy will be reimbursed in 2013 bears a striking resemblance to reimbursement methodologies for the last decade plus. While it is sometimes mundane, here are the facts for 2013 versus 2012 reimbursement:

SNF PPS: Most of the chaos within SNF PPS occurred in the rule changes for the fiscal years beginning 10/1/2010 and 10/1/2011. The 10/1/2012 Update was pretty pedestrian in comparison. Within the markets where we do business following were the Increases (decreases) in the therapy component of RUG between 2012 and 2013:

Physician Fee Schedule – Outpatient Therapy: As Gomer Pyle would say… “Surprise, Surprise, Surprise…” (I’m guessing many of you will have no idea of this reference but that is what the internet is for) we are heading in to a new year with Congress staring at the possibility of a double digit decrease in outpatient physician reimbursement (which includes therapy services). The current phantom SGR reduction is 26.5% for 2013. I say phantom because in typical Washington fashion, they put an unrealistic assumption in place for budget purposes and then make a one-year (wink, wink) deferral because of the “devastating effects such a cut would have on access to our most vulnerable members of society.” If what they do rather than what they say can be used as a historical guide, we will have a 1.5-2.0% increase in PFS rates for 2013.

The above represents the three areas that have the biggest impact on RehabVisions’ revenues. To round out the discussion however, the Hospital inpatient PPS base rate increased by slightly less than 1%. Yes, there are the therapy caps that we have to deal with for the whole year in acute hospital settings (NOT Critical Access Hospitals) that kicked in 10/1/2012 however, that is the only significant negative therapy related issue we have in front of us for 2013.

I don’t have many complimentary things to say about government however, they do generally provide a significant transition period for new payment methodologies and they do telegraph pretty far in advance what the general direction is. If you are so inclined and want to understand where the changes are going to be occurring in the next 3 to 4 years start with the OIG work plan. The OIG is essentially the audit arm of the government and by extension CMS. This will usually be the place where the initial problems are identified. Shortly after the OIG targets an area you will find that MedPac, the research and congressional recommendation entity, will come up with suggestions on how to change reimbursement. After that you will see some of these recommendations get ‘floated” in the Proposed Rule for whatever PPS is targeted (HH, Inpatient, Outpatient, SNF etc…). Depending on how much those proposals are attacked and how much money the government needs to come up with you will either see those proposals dropped in the Final Rule or retained and then we have the pleasure of dealing with them. Normally, if they are proposed and dropped, you can be pretty assured that it is a deferral rather than an outright abandonment of the proposal. And, that in a nutshell, is how bureaucracy in healthcare works.

Boy, that was gloomy and boring. If you have made it this far and are still reading, congratulations. The moral of the story is to keep your eyes on what you can control – outstanding patient care and customer service. Reimbursement and regulatory changes will occur but generally a lot slower than the media would make you think. Government, as blunt of an instrument as it is, is pretty deliberate and predictable. 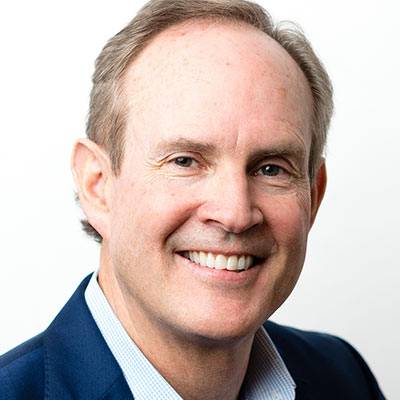